The vagaries of life caused me to log into LJ. I wonder if any of my old friends are still active.

I also need a way to download my content and save it to either my mac or my linux box.

I logged in to look for intersections with a friend.

I have had my fill of spam on my LJ comments.

I just set my LJ to friends only for comments. Let's see if that helps.

A friend talked me into entering a photo contest on facebook that is being done to promote Guy Kawaski's new photo book. There are only three days left which puts me way behind in the voting.

If you're on FB, and don't mind running an app, I'd like to ask you to consider voting for my photos in the various categories:

I also set up an event on facebook to spread the word, so please join the event, and invite your friends. Let's see if we can make social networking work. 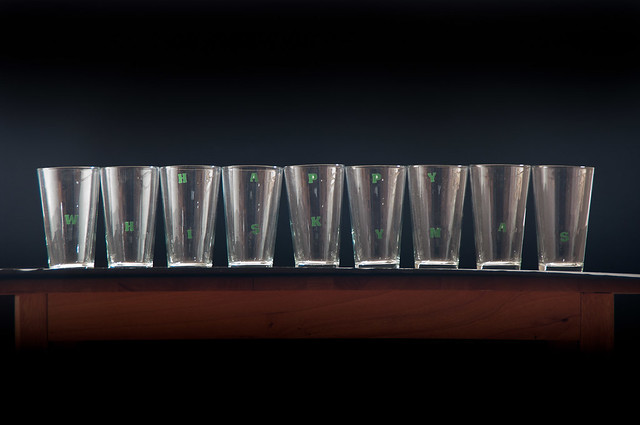 For over 20 years, I've been inviting people to my house on Dec 25th for good food, good company, and several of us will be tasting scotch. It started out as a whisky tasting for a few of my friends that don't celebrate Christmas, and has grown into a pleasant low-key afternoon where people bring really good stuff to eat and drink, and we chat and enjoy each other's company.

The scotch tasting has gone from the central theme of the day, to a quaint tradition that several of the people with observe, though many won't.

Since it's on a Saturday this year, we have the option of running a lot later than it often goes, so it'll likely morph from a party for folks not visiting with family, into a chance for folks to decompress after visiting their family.

If you're interested in coming, ping me for details.

It's hard to phrase this as amusement at my own reaction and not sound like bragging, but WTF.

I shot photos recently at a show that was a memorial for a local musician. As a result, several of the people involved in the show friended me on facebook. One of them has played with some big name bands. I'm not into "celebrity", but its interesting to find that I'm not entirely immune to the concept. I think that it's kind of cool that I have three bona-fide rock stars from the 60's on my facebook friends list.

In contrast, a little over 20 years ago my girlfriend was really excited to find out that one of the distant cousins at either my Aunt's 100th birthday party, or her funeral a few months later, was the woman from the Maxwell House coffee commercials, which I consider taking celebrity fever a bit too far.

And, yes, I recognize that there are people likely to read this that are current celebrities in their own right, rather than having been bass or piano players in rock bands 40 years ago.

About fifteen years ago I started doodling designs for the portable computer that I wanted. It had several key features:

Modularity: Specified power connections and optical data busses allowing the components to be stacked, and mixed and matched. All of the components would also be a matched size, say 8.5 x 11".

The screen would be what we're now calling a tablet computer. When connected with the system, it would operate as a screen, but it would have functionality when it was on it's own. It was conceived as a palm pilot on steroids, able to do basic tasks, but with a lot less computational power than the main CPU. It would have a virtual keyboard for when text was entered and would be, of course, a touch screen.

There would be a main CPU module. It would be pretty much like the base of a regular laptop computer, and would have bays for hard drives, optical drives, networking etc.

Batteries would have two formats. One would be similar to current laptop batteries, another would be very thin but the same size as the standard components, able to be stacked up.

I initially conceived the keyboard as stackable with the other modules, but now, it may make more sense to have it connect with bluetooth. These two, however, are not mutually exclusive.

A similar design concept that I've kicked around is a modular cell phone. The core functionality of the cell phone would be a unit as small as possible. It would not even have an integral mic and speaker, but in that form would only be usable with a wireless headset. If you're out on the town, and want as little as possible to carry, this would be it. It possibly, in that form would be able to receive calls, but only able to make calls using voice recognition.

That phone core could be plugged into various devices, be it a matching PDA to turn it into a smart phone, or even a large handset optimized for use as a telephone. Likewise this phone core could be plugged into the modular computer system I describe above to give connectivity to the computer system (3G etc) and could use a bluetooth headset, speaker phones, or bluetooth connectivity to the big handset to use it as a phone.

If I had access to an R&D department like Apples, this is what I'd have them design. Unlike Apple, I'd make it a publicly available standard (though I may retain the rights to update and change it), much like the IBM PC standard.

Due to a snafu, I only have housing for Down Home Blues on Saturday and Sunday nights. I need a place to crash, near San Francisco where I can stumble in way too late Friday night, and leave for classes Sunday morning.

Thinking about social network cultures.
Facebook is the big picnic at the park. Conversation is about things you can talk about when anyone could walk up at anytime.
Livejournal is hanging out late at night at your buddy's house. You know everyone there, so while it may be about what you had for lunch, it can also be about your deepest secrets. Mostly it's about how unfair it is that you can't get laid.
Collapse